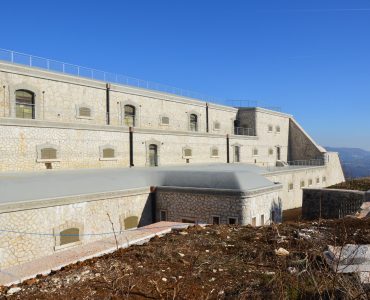 Discover the history and go back in time by visiting the interior spaces with our guides. 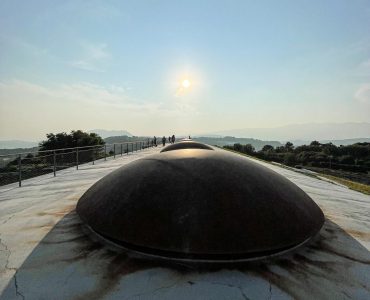 Enjoy a 360 ° view of the Lessini mountains and the Veronese valleys from the panoramic roof. 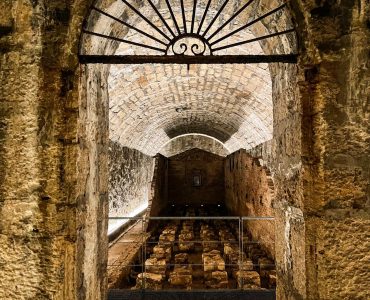 Discover the secret rooms and the     66-meter high staircase that leads from the heart of the hill to the fort, visiting the powder magazine.

Here we are in the strong Monte Tesoro, located north of Verona, you go up from Volpolicella, and you are on the ridges of Lessinia.

An area that the municipality of Sant’Anna acquired at the end of 2013 through state-owned federalism through a program agreement with the state property and the ministry of culture. A series of fortifications were built between 1905 and 1911, starting from Fort Masua which overlooks the Val d’Adige, the Fort Tesoro which is the place where we are. The administration has focused heavily on this recovery through a considerable economic commitment, with the funds of the Great War and the funds of neighboring municipalities. The recovery work began in 2016 and after about a year of work we have achieved a satisfactory result. …. a thread of LED light that has a characteristic … that in these curved lines, concave and then ravines … The recovery criterion was to preserve the structure with its historical aspects and to be able to insert only the technological part. The envelope remains open to visitors in its entirety both in the levels of the three floors that make it up and in the upper part from which you can look at the landscape at 360 degrees. From the plain where you can see Verona in depth, the ridge of Mount Pastello, Mount Baldo, and then start again on the Lessinia chain. Fort born to defend this territory and which today constitutes an extraordinary point of landscape as well as historical value and which certainly constitutes a great opportunity for this territory.

Follow our social pages to stay up to date.